The acceptance of biological evolution is an essential part of the modern scientific explanation of the natural world.  Most scientists and major religions in the Western World have long since incorporated it into their understanding of nature and humanity.  However, some churches still maintain that there was a special and independent creation of every species and that life forms do not change through time from generation to generation.  These “creationists” often share beliefs about the Judeo-Christian Bible that were widely held, even by scientists, during the early 19th century and before. 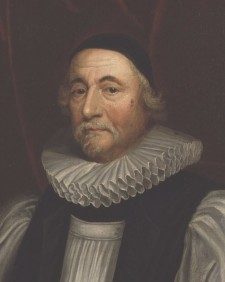 The traditional Judeo-Christian version of creationism was strongly reinforced by James Ussher, a 17th century Anglican archbishop of Armagh in Northern Ireland.  By counting the generations of the Bible and adding them to modern history, he fixed the date of creation at October 23, 4004 B.C.  During Ussher’s lifetime, debate focused only on the details of his calculations rather than on the approach.  Dr. Charles Lightfoot of Cambridge University in England had the last word.  He proclaimed that the time of creation was 9:00 A.M. on October 23, 4004 B.C.

This belief that the earth and life on it are only about 6000 years old fit neatly with the then prevalent theory of the “Great Chain of Being.”  This held that God created an infinite and continuous series of life forms, each one grading into the next, from simplest to most complex, and that all organisms, including humans, were created in their present form relatively recently and that they have remained unchanged since then.  Given these strongly held beliefs, it is not surprising that 17th and 18th century European biology consisted mainly of the description of plants and animals as they are with virtually no attempt to explain how they got to be that way. 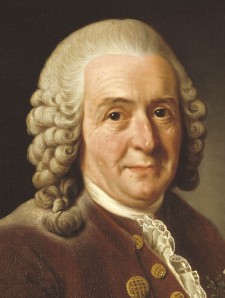 The leading biological scientist of the mid 18th century was the Swedish botanist Karl von Linné (Carolus Linnaeus  in Latin).  His 180 books are filled with precise descriptions of nature, but he did little analysis or interpretation. This is to be expected since Linnaeus apparently believed that he was just revealing the unchanging order of life created by God.  The goal of documenting change in nature would not have made sense to him.  Late in his life, however, he was troubled by the fact that plant hybrids could be created by cross pollination.  These were varieties that had not existed before.  Linnaeus stopped short of concluding that these plants had evolved.

Despite his limiting research bias, Linnaeus was a first class scientist.  His most important contribution to science was his logical classification system for all living things which he proposed in his book Systema Naturae, first published in 1735.  In this and subsequent works, he described plants and animals on the basis of physical appearance and method of reproduction.  He classified them relative to each other according to the degree of their similarities.  He used a binomial nomenclature  in naming them.  That is to say, organisms were given two Latin names–genus and species .  Each genus could have many related species.  Each genus was also part of larger categories of living things.  This Linnaean system of classification is today the basis for naming and describing organisms in all fields of biology. 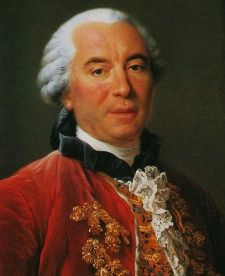 Late in the 18th century, a small number of European scientists began to quietly suggest that life forms are not fixed. The wealthy French mathematician and naturalist, George Louis Leclerc, Comte de Buffon, actually said that living things do change through time.  He speculated that this was somehow a result of influences from the environment or even chance.  He believed that the earth must be much older than 6000 years.  In 1774, in fact, he speculated that the earth must be at least 75,000 years old.  He also suggested that humans and apes are related.  Buffon was careful to hide his radical views in a limited edition 44 volume natural history book series called Histoire Naturelle (1749-1804).  By doing this, he avoided broad public criticism. 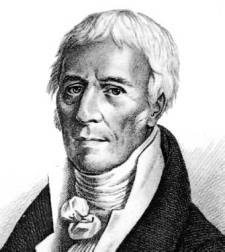 The first evolutionist who confidently and very publicly stated his ideas about the processes leading to biological change was a French protégé of the Comte de Buffon.   He was Jean-Baptiste Chevalier de Lamarck.  Unfortunately, his theory about these processes was incorrect.

Lamarck believed that microscopic organisms appear spontaneously from inanimate materials and then transmute, or evolve, gradually and progressively into more complex forms through a constant striving for perfection.  The ultimate product of this goal-oriented evolution was thought by Lamarck to be humans.  He believed that evolution was mostly due to the inheritance of acquired characteristics as creatures adapted to their environments.  That is, he believed that evolution occurs when an organism uses a body part in such a way that it is altered during its lifetime and this change is then inherited by its offspring.  For example, Lamarck thought that giraffes evolved their long necks by each generation stretching further to get leaves in trees and that this change in body shape was then inherited.  Likewise, he believed that wading birds, such as herons and egrets, evolved their long legs by stretching them to remain dry.  Lamarck also believed that creatures could develop new organs or change the structure and function of old ones as a result of their use or disuse. 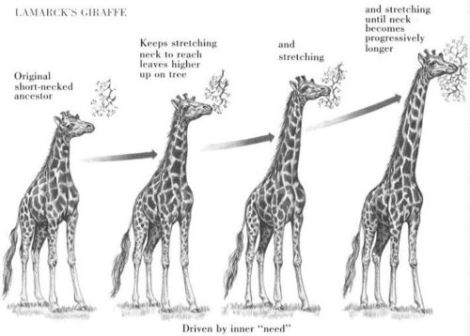 Lamarck did not invent the idea of inheritance of acquired characteristics but stated it clearly and publicly in an 1809 publication entitled Philosophie Zoologique.  It was relatively easy for the French scientist, George Cuvier , and other critics of Lamarck to discredit his theory. If it was correct, the children of cowboys who have developed bowed legs as a result of a lifetime of riding horses would be born with bowed legs as well.  That, of course, does not occur.  Likewise, the children of professional weight lifters are not born with enlarged muscles. 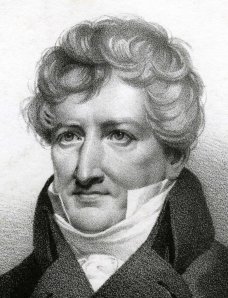 Despite his criticism of Lamarck, Cuvier did not reject the idea that there had been earlier life forms.  In fact, he was the first scientist to document extinctions of ancient animals and was an internationally respected expert on dinosaurs.  However, he rejected the idea that their existence implied that evolution had occurred–he dogmatically maintained the “fixity” of species.

Cuvier advocated the theory of catastrophism, as did most other leading scientists of his day.  This held that there have been violent and sudden natural catastrophes such as great floods and the rapid formation of major mountain chains.  Plants and animals living in those parts of the world where such events occurred were often killed off according to Cuvier.  Then new life forms moved in from other areas.  As a result, the fossil record for a region shows abrupt changes in species.  Cuvier’s explanation relied solely on scientific evidence rather than biblical interpretation.