On studying the matter that constitutes human beings can distinguish them in various levels of structural complexity, which are called levels of organization.

Currently allowed five levels of organization, of which the first three come to constitute an individual. 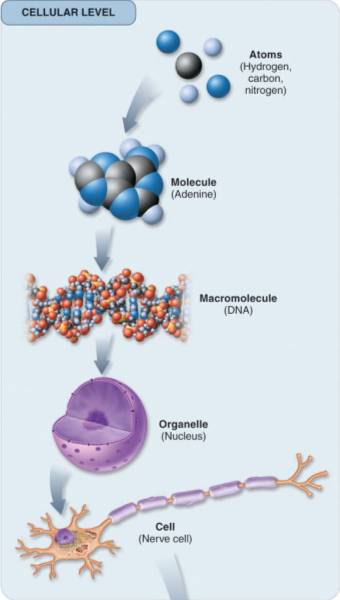 Is the abiotic level. There are four sub-levels:

2. atomic. Formed by atoms, which are the smallest part of a chemical element that can take part in a reaction.

3. Molecular. Comprising the molecules, ie, units of materials formed by grouping two or more atoms by chemical bonds. (ejs.: O2, H2O) and which are the minimum amount of a substance that keeps its chemical properties. We distinguish two types of molecules: organic and inorganic.

There are five sub-levels too:

1. Cells. Are the basic unit of structure and function in living things. May serve a specific function within the organism. Examples- blood cells, nerve cells, bone cells, etc.

2. Tissues. The second level of organization. It is created by joining cells that have similar function or structure.

3. Organ. An organ is a group of tissues that perform a specific function or group of functions.

4. Organ System. An organ system is a collection of organs that perform a specific function- the circulatory system or digestive system for example. Several organ systems are present in humans and other creatures have different kinds of systems. Plants have vascular systems and sharks have a kind of “electromagnetic system”. An organ system cannot live by itself and is dependent on other organ systems to form an organism.

5. Organism. An organism is a being that’s able to perform simple acts of survival. We humans are one for example. 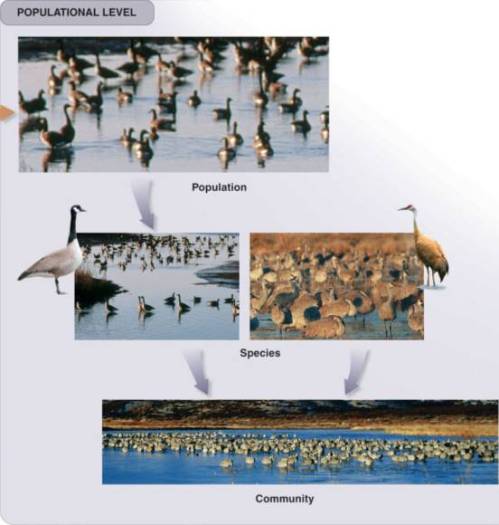 The organisms are organizated in different increasing levels.

1. A population is all the organisms that both belong to the same group or species and live in the same geographical area.

2. Community. In biology, a community is a group of interacting living organisms sharing a populated environment.

3. Ecosystem.  An ecosystem is a community of living organisms (plants, animals and microbes) in conjunction with the nonliving components of their environment (things like air, water and mineral soil), interacting as a system. These components are regarded as linked together through nutrient cycles and energy flows. As ecosystems are defined by the network of interactions among organisms, and between organisms and their environment, they can come in any size but usually encompass specific, limited spaces (although it is sometimes said that the entire planet is an ecosystem). 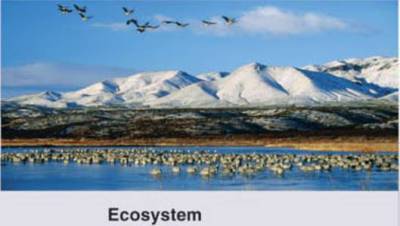 1. Why do we say that the levels of organization atomic and molecular are abiotic levels?

2.  What are the attributes that identify living things and make them different from inanimate matter?

3. What characterizes each level of organization in relation to lower it?

4. Make a diagram linking all levels of organization